I'll be back in the studio again next week, working on several ideas for paintings and other bits and bobs, but I can't help be bitten by the tidy bug at this time of year and so I spent today clearing out my kitchen cupboards.

I was quite impressed actually by the relative lack of unwanted packs of rubbish and out of date tins, though that's because my children have grown up now.  I do miss them, but nobody buys jars of chocolate spread and sugary cereal and then puts the empty packets back for me to remove at some point in the far distant future date anymore, which is definitely a plus.

Where I live you have to have a store-cupboard, even though there is an excellent local shop Lochcarron Food Centre, a brilliant local butchers and deli Lochcarron Butchers and Lochcarron Garage for everything else.  There have been a few times in the fifteen years that we've lived here, that we've been snowed in, had  power-cuts or the road's been blocked by floods, fallen trees or rocks; so a few tins of tomatoes and soup and pasta can be very useful.  However, everything has now been sorted and given a quick wipe with a damp cloth and I can ignore it for another year.

It's the turn of the garden shed next. 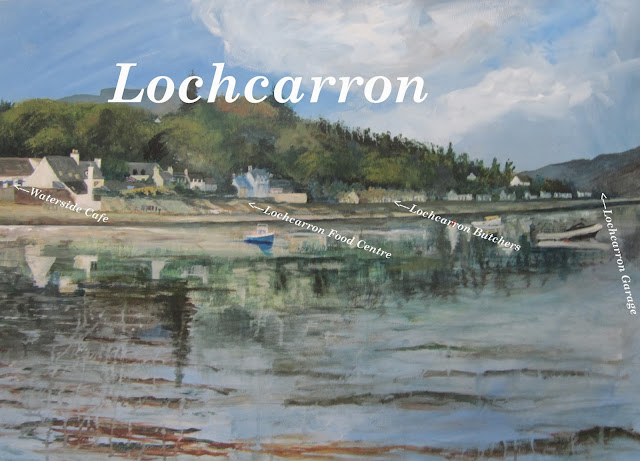 Little Fish Studio
I'm an artist, a mother, a librarian and an ex-employee of a Social Enterprise . I'm lots of other things too, but that's enough for now I think.